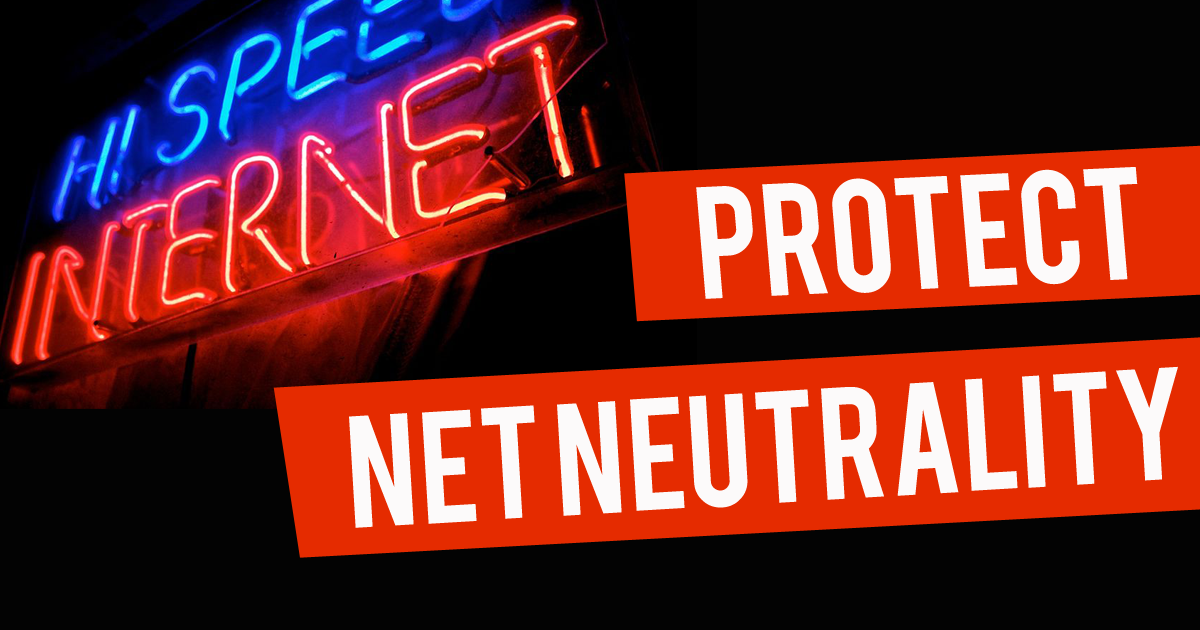 At first, I was completely ignoring this whole net neutrality thing. Because, well they were throwing the phrase out there all the time, I assumed it was a lighter situation. It wasn’t until one day a co-worker of mine was like “I just want to tell you my perspective on this because it’s a huge deal”.

Ever since that day, it has been a huge deal to me as well. Right now we have net neutrality to some degree. The FCC is looking to end net neutrality and people are freaking out. Save the Net. The battle for the net.
There are even many automated systems that are making it easy to call your state’s representatives, they provide you with a script for once your rep answers the phone and if one doesn’t answer it immediately calls the next rep. Apparently, if the government gets enough phone calls than they aren’t allowed to follow through with their plans? The downside is all the representative’s voicemail boxes are full and they don’t answer any more calls. Duh.

I don’t think there is anything that the people can do to influence the decision being made on December 14th. I do think that we are more equipped to handle the situation if we are aware of what is going on. So here is what is going on.

Once/if the FCC eliminates net neutrality, Internet Service Providers (ISP) will be able to charge web companies for “fast lanes”. This is something they can’t do now. This is an issue because it will push monopolistic tendencies and smaller content providers will be shoved into the slow lane where they won’t have much power to do anything. Bigger more wealthy providers will be able to easily pay more for the fast lane.

Basically, our internet will be structured like a cable company. “That’s right: your ISP will be allowed to bundle websites just like they bundle television channels. Of course, ISPs say they will do no such thing, some experts say it’s unlikely that they would do so given the risk of antagonizing consumers. More likely, they say, is a shift toward plans where content providers favored by the ISP are given preferential treatment”.

Literally, no one wants this change except for the ISPs and maybe the extremely wealthy companies that think they will be just fine even if this happens. “There can be truly no open internet without net neutrality. To believe otherwise is to be captive to special interest power brokers or to an old and discredited ideology that thinks monopoly and not government oversight best serves the nation.” 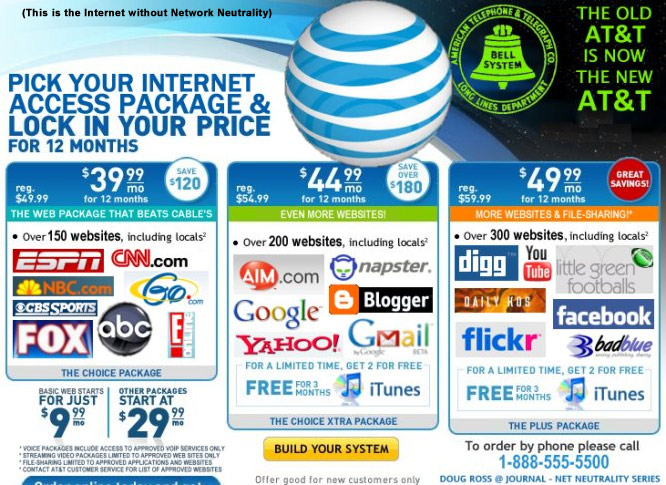 Take a look at the photo above to put things into perspective. Are you outraged that this is even being considered? Time to wait until the hearing on December 14th and cross our fingers that someone is looking out for us and the free space that was once promised to us with the internet.

There are a few different petitions efforts out there; however, I can’t say for sure which will be the most helpful for this serious situation. Doing something is always better than nothing though. Here are some links :