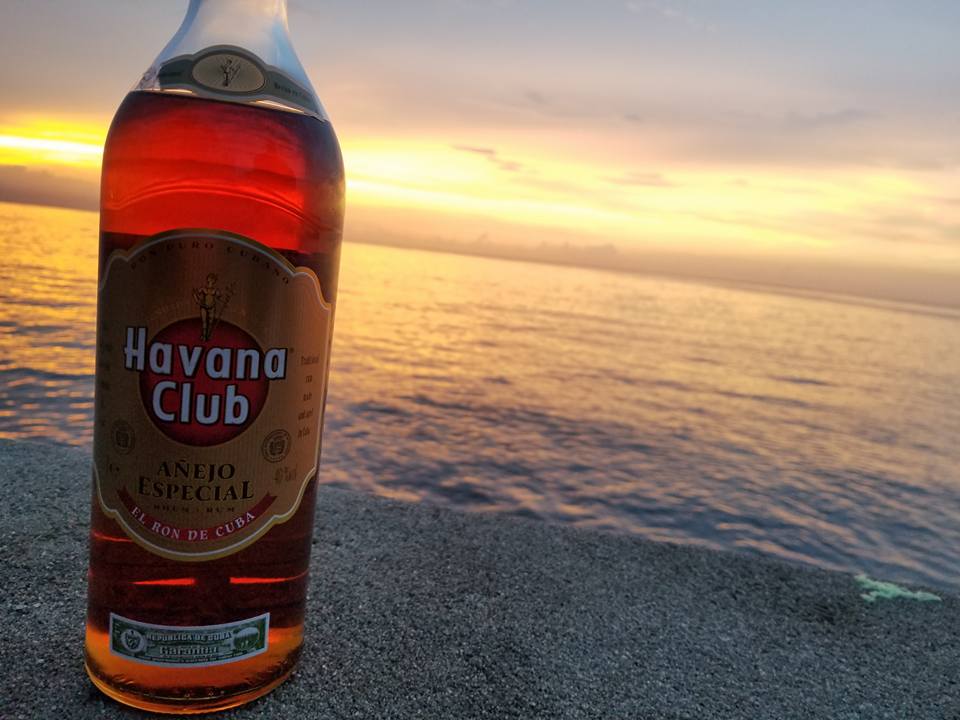 Are you getting burnt out? Be honest. You wake up; shower gets dressed, commute to work, put the time in, commute back, watch tv, sleep, and repeat four more times. Sound about right? Of course it’s easy to say; “Yes. you know what?I do deserve a break. Let me burn some PTO and go to Croatia and just party for a week.” But actually sacking up and doing it is totally another beast. I get it, life gets in the way. You may have to find a place to stash the kids, find someone to watch the dog. You have this appointment to make, worry about the blah blah blahs. Yes “life” can happen but don’t let that stop you from actually living.

You deserve a break. Trust me just take one. Life is not about what happens during 9-5, 6-8 or when ever you are on that grind. I’m not talking about ditching your job and going to live on an island. Not at all. Taking a break, a mental health day, a three day weekend, a sick day. Ya know…. something.

It’s not about just unwinding and getting drunk for a week. Of course, that is a major plus to a vacation, but going somewhere new, meeting new people, seeing different ways to do things will give you a whole new perspective. Not just on your personal life but your work life as well. To be good at marketing, you need to see good marketing and bad marketing. You can only do so much of that while you’re at home. There will be local campaigns in areas all over the world, and if they are doing their targeting right, you would have never seen it otherwise.

For example, after spending a week out in LA, I was being served all kinds of new ads I have never seen before. Some good some bad. But seeing them has shown me new ways to look at my own ads, and a few new tools I could use.

Here, let us take a look at some. Below is an ad for a parking service. To understand how bad this is, you have to understand some of the backgrounds here. Owning a car in LA is a sure fire way to drive yourself insane at times. Traffic in that town seems to be an eternally constipated shithole. The kind of conditions that make going somewhere 8 miles away, a 1-hour commitment (at least!). The kind of traffic where if you have a friend move across town (like 5 miles) you stop being friends. You may see a friend across the country more than you see that person. Anyway, with that many cars and that much congestion, parking is obviously limited. Combine that with skyrocketing real estate prices, and you have a recipe for a lot of shit going wrong. Either way here was the ad… 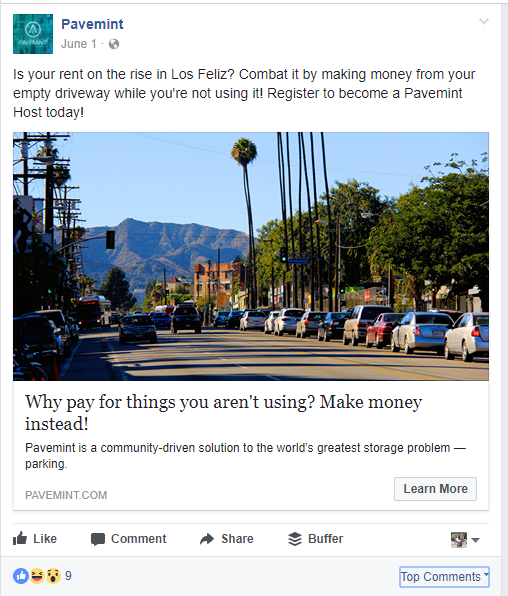 And me being me, I felt compelled to let them know how bad this ad was. ( And I was NOT alone in this.) 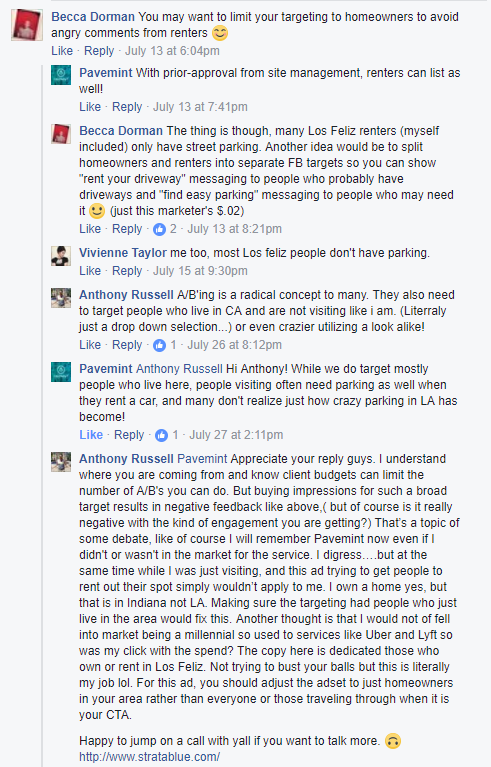 Anyway, they did a lot of things right here, but also, a lot of stuff wrong. They were proactive with every negative comment trying to turn around the conversation rather than dodge. (Ther poor, poor social team =( ) but as I tried to spell it out for them, they are wayyyyyyy off-target with who they are speaking to with this ad and its overall goal.

The copy as you can see is directed towards trying to get more users to sign up for their services to expand their available offerings. Now being a tourist in the area, what good does it do for me to be served an ad trying to get me to rent out my drive way in Los Feliz? See the disconnect?

Now that was an example of a bad ad, let’s take a look at a good one.

San Pellegrino. As a preface, this is a brand I would have never had an actual touch point with had it not been for traveling. I hate carbonated things. I think they are the worst. The only time you will see me drinking pop ( this is Indiana, so pop works) is if I’m using it to chase my whisk(e)y. Anyway… I discovered this brand while on a recent expedition to that time locked country a mere 90 miles away from the tip of the Florida Keys. Havana f**k**g Cuba. Anyway while down there, as with many Latin American countries, you can’t drink the water. However, with Cuba, there are times where purified water isn’t as available as say things like Rum. It’s possible I wasn’t looking for one as hard as the other, but that’s neither here nor there. Anyway, the point is that at times you just have to play the cards you’re dealt some restaurants were out of bottled water and only had Agua Gasado aka gassy water aka sparkling. Had it not been for this trip to a third world communist paradise, I would have never sampled this refreshing nectar (it’s legit pretty good for a hangover) Fast forward to my time back in the states, this San Pellegrino stuff is my shit. When discussing ordering food from a local pizza joint during one work day, I suggest we need to get some San Pellegrino inside of Facebook messenger. That’s all it took. Now they have me on their radar. Jump another week or so, and I’m in LA I am served this Ad… 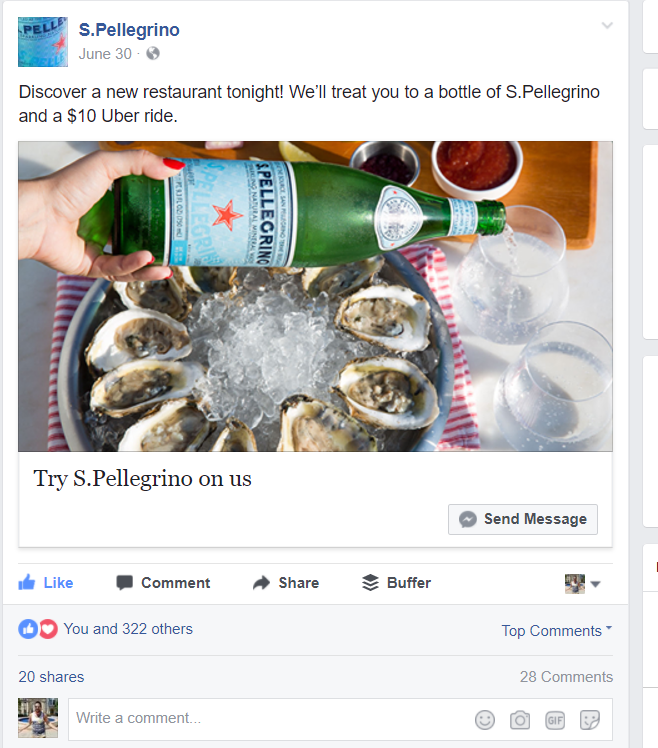 Now there are a few things I absolutely love about this ad. 1st off its local to a particular Geo, It has a compelling offer, and it’s effortless to use. For example A) I’m going to try a new restaurant B) they are going to help me get there and C) I’m going to get a free drink (not alcoholic but still). There is nothing but Wins in this offer for me.

When you hit that “Send Message” Cta, which again I love because Messenger is easily one of my favorite apps that I eventually see replacing things like texting and email, I digress. When you hit that CTA you start the most glorious funnel I’ve seen yet from a bot. 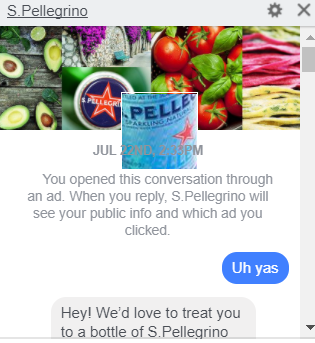 Send it your location and it lists all the restaurants near by that are participating. You scroll through then select one. After that it sends you the directions, and your code to uber/free bottle and se la vie! The beauty of Messenger is that once you click to send a message, it starts of this for you. For the advertiser, its building a customer profile off of you, and all you are doing is pushing buttons.  It’s so user-friendly you don’t even realize what is happening. Hell inside of Messenger you can even order the Uber! And on top of all that the advertiser gets all of your info helping them build a strong list among other things.

But really take a second to look at this ad (Click here to view this glorious ad. ). Tell me that is not compelling as shit. And do you want to know why? They aren’t selling you a product in these ads. They are selling you an experience! Hell, they aren’t even selling you that they are giving it to you, all you have to do is take it. And  THAT is what the fuck I’m talking about. Experiencing things. You only get a handful of decades on this spinning rock, spending them doing something and it carry over into your everyday life.

There is so much life out there, and by going out and experiencing it, I was able to see both of these ads I would not have been served otherwise. Now I’m setting up meetings with these companies and services to incorporate some of the tools into my campaigns which in the end only help my clients.

Need vacation ideas or want help setting up your own experiential chat bot? Buy me a beer, and I can give you both. 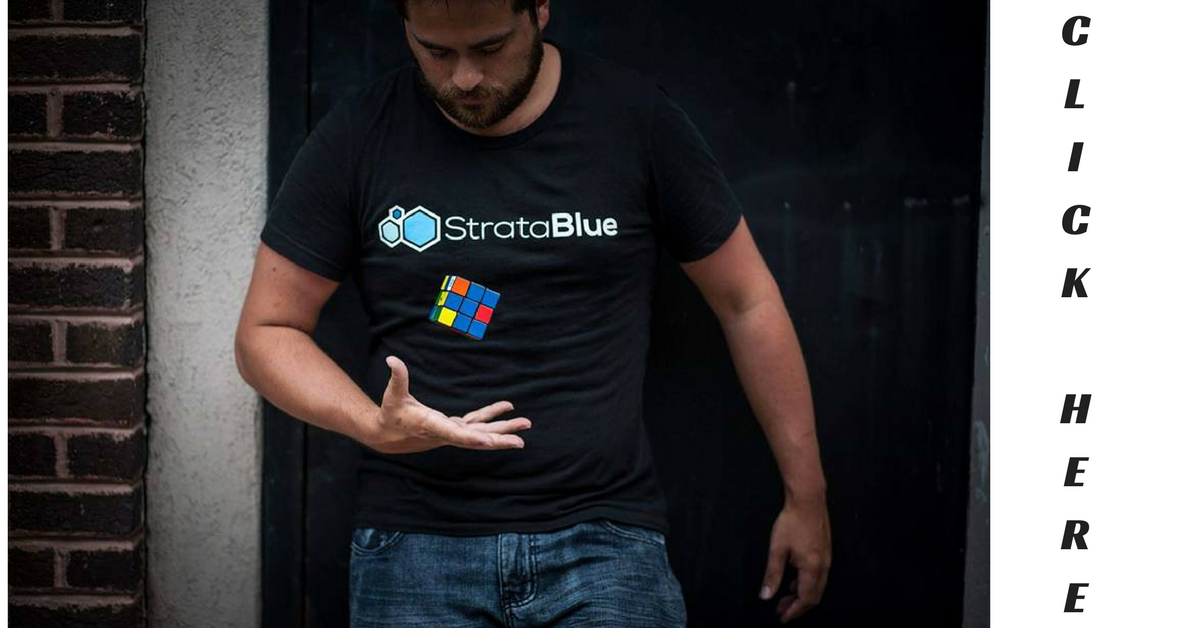 PrevPreviousFacebook Prioritizes Faster Load Times
NextBack Back Back It Up: Why Backlinks are Vital to Your SEO StrategyNext