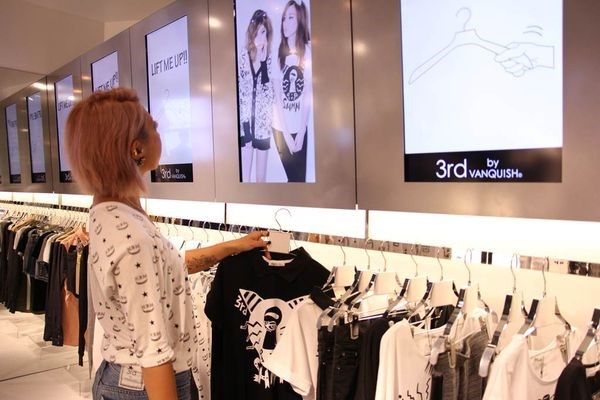 Does Online Shopping Spell The End Of Malls?

So much talk about the death of malls… 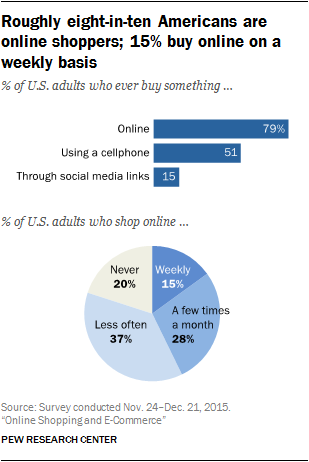 Funny thing is, you get varying answers when you ask people their stance on it. Some laugh at the plausibility, stating that their shopping and distribution needs can only be accommodated by brick-and-mortar retail. Others strongly believe the end is near for mall-based retail penetration.

But one thing is certain – retail is facing a monumental shift. The conventional model of retail shopping is collapsing under its own weight, and the rise of digital shopping experiences plays a heavy hand in its downfall.

A Pew Research Center survey shows that nearly 80% of Americans have made an online purchase, and 15% do so on a weekly basis. Digital commerce is sweeping the industry, and those who are late to transition from legacy retail models are bearing the consequences.

Retail Stores Are Closing Up Shop

Predictions say that this isn’t just a “phase” – retail stores should strap in for a bumpy ride. A survey from AlixPartners reveals that a whopping 67% of respondents felt that retail was the most likely of 20 US industries to face distress in 2017.

You’re likely familiar with RadioShack. Maybe when you see the name, you think to yourself, “What ever happened to them?” A simple answer is that the company claimed bankruptcy (twice), and closed down more than 1,000 locations in 2017.

This isn’t just a one-off scenario. There are a growing number of big retail brands that are undergoing their first bankruptcy (Chapter 11) and even second (Chapter 22). Like RadioShack, companies like Wet Seal and American Apparel have also filed Chapter 22 in hopes of restructuring and slimming down to keep up with consumers.

In total, the first half of this year has witnessed the announcement of more than 3,000 retail store closings. That’s more than 2016 combined! Even once-coveted department stores like J.C. Penney, Sears, and Kmart are in decline, with plans to shut down at least 100 stores this year. Kohl’s and Macy’s reported that holiday sales in 2016 declined 2.1%, which caused 15% and 10% drops in stock price, respectively.

Physical stores are dwindling, but it’s not because people don’t like shopping anymore. It’s because the 21st century would frankly rather do its shopping online than in a store. As the internet plays a drastically increasing role in our lives, it continues to simplify, streamline, and expedite our daily routines. 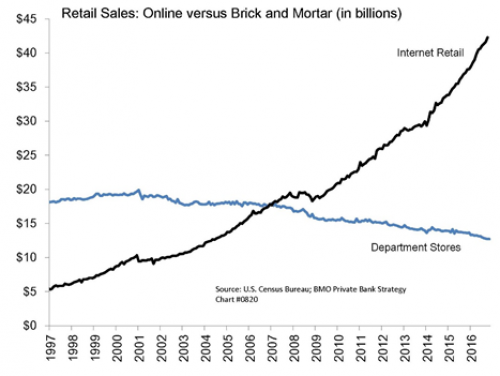 According to Invesp, 78% of online shoppers don’t even bother looking at the product in stores before buying online. And out of those who do prefer to shop in brick-and-mortar stores, 81% will perform online research before making a decision.

So what’s behind the big shift to the web? Consider the process of shopping at a digital marketplace like Amazon. You can find whatever product you want in a matter of seconds, and the items that are available to you aren’t limited by which brands or models the store has in stock.

Users can click and click until their digital shopping carts are full and their bank accounts are drained. And in just a few more clicks, the items are on the way to their doorstep. If those extra couple of clicks were too time-consuming, brands like Amazon now offer one-click ordering.

Could it get any simpler?

The Power of Data, Tracking, and Analytics

A key secret of online shopping systems is the power of data. Popular websites like Amazon, Netflix, and Grubhub are built with recommendation engines: ingenious algorithms that examine and calculate a number of factors, including the user’s website activity and purchase history, and the behavior of other consumers who shopped for similar items. 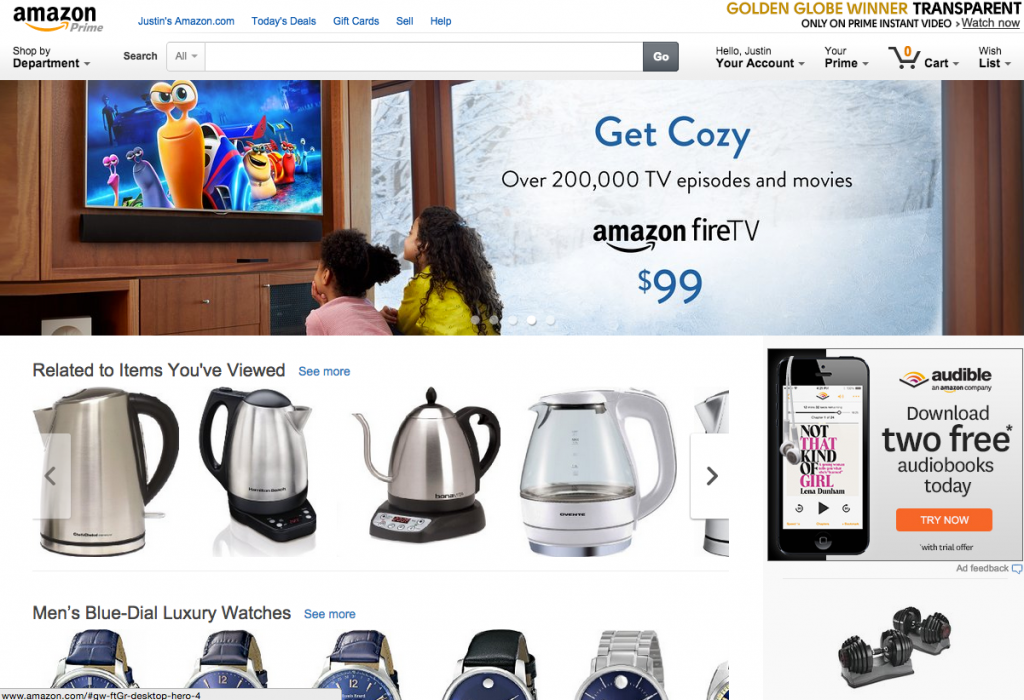 With this information, the engines “know” what consumers are looking for and how to keep them shopping longer. This insight into consumer behavior – and ability to predict and influence behavior – is incredibly powerful. It’s estimated that 35% of Amazon’s revenue is earned directly from its recommendation engine!

Unfortunately for retail stores, this kind of data is much harder to gather and analyze from physical shopping experiences.

Another critical component of the digital takeover of shopping is the powerful ability to deliver exactly what consumers want, when they want it. For example, miAdidas allows users to build their own shoes. As retail shelves are packed with millions of copies of the same item, digital customization like this gives consumers the option to show their personality and stand out from the crowd. 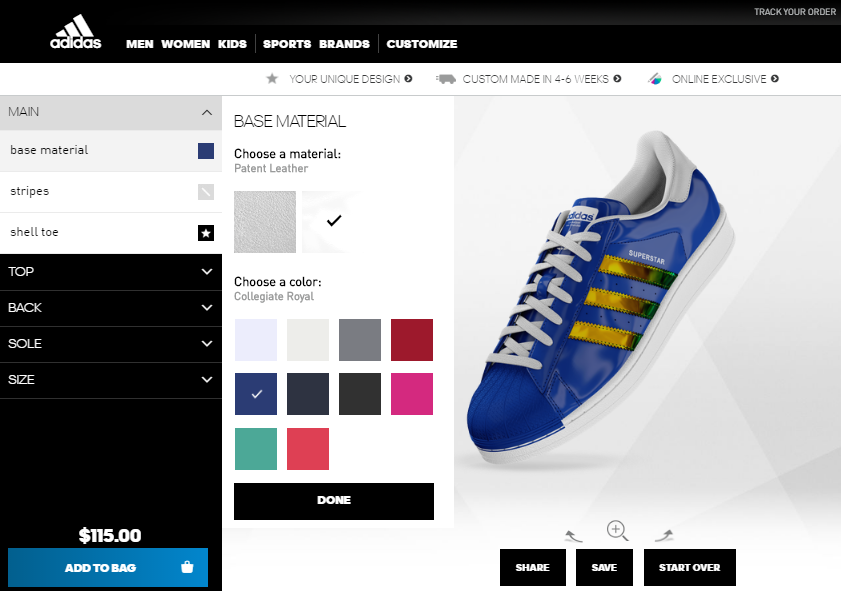 The Decline of the Traditional Shopping Mall

With the mass closures of retail stores, including department stores, it’s no wonder that shopping malls are facing certain doom. When you couple this with the most successful components of online shopping, the pieces start to come together.

The digital shopping experience is just that – an experience. Digital brands have the data and analytics they need to cater to a user’s every need, often before they even know they need it. Personalization opportunities spoil and pamper them to meet their preferences, wishes, and desires.

Gone are the days of Generation Xers hanging around in malls with their friends to pass the time. That was the last of the “mall rats.”

To keep consumers coming through, malls will need to up the ante on providing “experiential” retail in a similar way that digital shopping provides an experience that molds to their lifestyle.

How Malls Are Trying to Adapt

In its US Malls Outlook report, Green Street Advisors real estate research ranks America’s 1,200 malls by letter grade. The malls with “A” ratings are the ones with luxury brands, richer demographics, and higher foot traffic. Sadly, one-third of US malls receive a C+ or lower on this grading scale.

So what do the A malls have that C+ malls don’t? They have stores like Apple, as well as specialty and luxury brands like Warby Parker and Bonobos, which are primarily used as showrooms. Additionally, they have more entertainment options like gyms, sit-down restaurants, and movie theaters.

According to NPR, some malls are adding residences and offices to keep more people in the vicinity. After all, if you lived in the same building as an experiential mall, wouldn’t you pop in to handle your errands or catch a movie?

For the areas that don’t have desirable demographics, malls are starting to convert to offerings like churches, doctor offices, or even for-profit prisons.

In an interview with Bloomberg, José de Jesús Legaspi discusses how he was able to re-invent the traditional mall with his community retail centers geared toward the Hispanic community. Starting in California, one of the largest Hispanic markets in the US, Legaspi harnessed the family- and community-oriented culture to create an environment where these residents can feel at home.

He also examined purchasing habits based on key demographics within the community to maximize sales and engagement. His new mall concept has become so successful that as of 2016, Legaspi Co. expanded to have 10 malls across the US.

A Glimpse into the Future of Retail

In addition to the transformation and evolution of malls, retail as a whole is starting to see some significant changes to stay afloat and desirable to today’s pampered, connected consumer. According to Swirl Networks, 88% of shoppers report that they’re more likely to shop when retailers deliver connected cross-channel and personalized experiences.

We’re seeing shifts into the way that retailers are accommodating consumers to add to the experience.

Take Fleet Feet Sports, for example. It was a big deal when customers could have a quick run on the street to test out whether or not they truly liked their potential shoe purchase. Customers are able to really experience how the product integrates into their daily life.

Now imagine this on a broader scale, across different types of purchases. Say a customer is looking for a health and fitness tracker. They can be fitted right in the store with a device that measures their oxygen levels and heart rate, with an indoor obstacle course to read fitness and performance levels in real time.

Some retailers are attempting to track and analyze customer behaviors in-store the same way that online consumers can. The retailer of the future is keeping track of which areas of the store get the highest foot traffic, similarly to how websites can see which pages and items users are clicking.

Using “smart” shopping carts equipped with tracking technology, they can see where shoppers stop to examine items, and what does or doesn’t make it into their cart.

Experts suggest that retailers will begin using robots to follow customers around the store and assist them with their experience, answering questions and providing assistance where needed – and, of course, tracking it all along the way. Alternatively, smart carts with built-in user interfaces (think smartphone) can help accomplish this same goal. Below is a photo of the iBeacon, a smart cart that’s in use in Carrefour grocery stores in Romania. 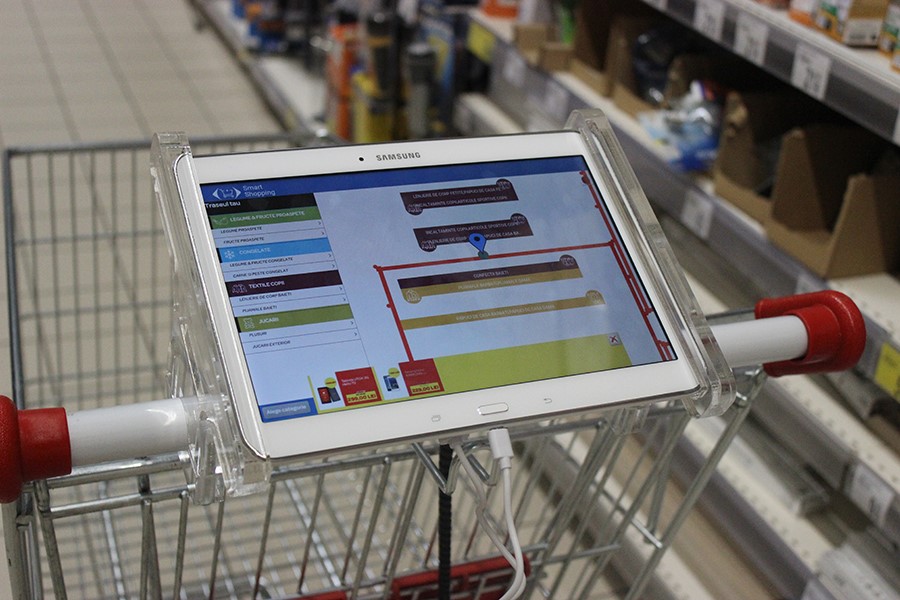 How Will Retailers and Shopping Malls Stay Afloat?

The retail model is swiftly changing to accommodate our hyper-connected, data heavy, instant gratification culture. The mall as we’ve known it is approaching extinction. To keep up with the digital shopping revolution, these traditional entities are drastically changing their offerings to provide personalized experiences instead of in-and-out purchase transactions.

For those that fail to acclimate, the future is grim. But for those that infuse consumer research, technology, and ingenuity, massive growth opportunities are waiting.