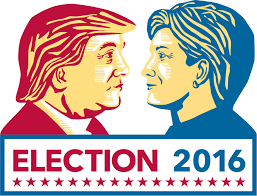 Disclaimer: No matter who you wanted to win the election, what happened within their respective marketing campaigns and teams is fascinating enough for us to not touch on the results with any form of opinion or preference. We are not taking a stance on either Hillary Clinton or Donald Trump. Awarding “praise” or “criticism” to either of the aforementioned does not mean we are making a statement of preference between them in any way.

So, the election. Yes everyone, the election. Has it been long enough since the results were released that we can discuss it in a way that won’t upset anyone? (See the above disclaimer) Probably not, but let’s give it a go.

Today we are going to be discussing not who won the election, but who won in regards to marketing.  What they spent, how they utilized it, the way in which their style effected their own campaigns and their opponents campaigns, and so on.

Let’s start with the victor, Donald Trump; The Donald as some outlets have called him. Whether it is done affectionately or not is up for debate. Regardless of the intent, I think it’s better than his full name. So, The Donald’s approach to marketing was simple and, quite honestly, genius.

First off, he has no political experience, and now he has somehow become our PEOTUS, do you want to know why and how this happened? Simply put, marketing. Yes my friends, marketing is that powerful to propel a man like The Donald to the White House. I don’t even mean “a man like The Donald” in a way that references his traits/personality/etc., just simply his lack of experience in the political sphere.

We all know that one of the most memorable parts (thought I suppose this could be debatable) of his campaign were his “off the wall” statements about this and that, which created such large controversy that the public itself pretty much funded 99% of his marketing and advertisement. Just to be clear, this is in no way a real statistic. However, what is extremely real is his lack of strategy. It was just Donald being Donald, and it worked. For starters, there was no social media plan of action. The man had to literally have his phone taken away from him because, “Twitter has been a place for the budding politician and businessman to express his thoughts and feuds”, and he did so with abandon. Those that felt the wrath of The Donald range from the current POTUS to Arianna Huff. Very sad! Jokes aside though, the man has attacked nearly three hundred people, places, and things (amazon.com ?) since he declared his candidacy in June of 2016. Which helped to boost name recognition, impressions, campaign reach, and so on. It’s not just Twitter that has brought him a heavy social following (8.16 million followers), but he also has 7.7 Facebook fans and 35,000 YouTube subscribers. Each of these platforms has been constantly abuzz with chatter echoing his latest criticism. The foundation for his platform was not necessarily his plan for the country, but what he thought of certain people/groups of people.

A lesson to be learned from his hands on, and somewhat (read, very) unorthodox, method is that avoiding controversy is definitely the safer route and it will help to remove your name from people’s mouths—but is that really what you want in a campaign? He is living proof that there’s no such thing as bad publicity. The things seeming to guide his campaign are principles that are actually quite common. If nothing else, some are the pillars of advertisement. Know your audience, know your brand, be audacious, trust yourself, do not be apologetic… these are all what elevated him to a whole other level of “popularity”.

My conclusion is this: Donald Trump’s campaign was comparable to a softly structured free-for-all. But, he won, so who’s to say that his style was (logistically) negative? People talked about him constantly throughout the entire 18 months leading up to November 8th. He succeeded; he stayed at the front of everyone’s minds from June of 2015 up until now. As of October, he had spent $239 million total on itemized expenses ranging from payroll to rent to marketing.

Now, let’s see how Hillary did.

Hillary Rodham Clinton has been involved with politics in one way or another for the majority of her adult life. Her marketing was much more traditional, but then again, she is a politician, unlike her opponent. It was fairly clear from the beginning which way this was going to go marketing-wise for each opponent. Thought this did not make it any less shocking when Trump did something…surprising.

The way the former First Lady’s marketing team attempted to bring out the voters was similar to campaigns in the past. Forbes even referred to her method as “old marketing”. I on the other hand did not see her marketing method as “old fashioned” or outdated, just simply traditional, it has worked for many, candidates before her. Which may not have been the course to take when facing such an unorthodox opponent.

Clinton ended up spending a total of $450 million on the same range of itemized expenses stated previously. Though the majority for both Clinton and Trump was spent on marketing including television, radio, print and digital ads (outside of payroll). She not only spent more overall, she spent much more consistently and seemingly strategically.
However, she is not the one who won, right? So, why in the world did this happen?

Don’t worry, we’re not going to get into policies or anything like that. Clinton’s image came down to her image (pantsuits, obviously), her relationship with Bill, her history in politics, and of course, the emails. The Benenson Strategy Group (BSG), formerly led the digital marketing efforts of President Barack Obama, and subsequently worked with Hillary and her
team for this election. After her loss to Obama in 2008, voters identified Clinton as inauthentic and so this is where their strategy originated. BSG crafted a unique persona that pulled Clinton’s authentic traits to the forefront of her campaign. This ranged from tapping into her role as a mother, to the part she has played in politics for the past thirty years as a tireless social servant.

One of the first integral pieces in implementing BSG’s plan for HRC was diversifying the platforms (she had nine, Trump had 7) they were going to implement their strategy on. They strove to reach a wide range of people through many different channels. While Trump almost solely relied on his statements to go viral via people talking about him on a wide range of platforms, rather than his team directly reaching out to those channels with advertisements and whatnot.

Her team even had an idea that people mocked at first but ended up doubling her impressions, the AOL “investment”. However, the reason for these impressions was because the buy into AOL was found to be controversial. People talked about it, and it was very helpful to her campaign. The interesting part about this is that that’s Trump’s entire campaign. No matter if people agreed with what he said or not, it sparked controversy which led to people endlessly talking about him. Like I said, maybe Clinton’s traditional and only rarely controversial tactics were the wrong move for facing someone like The Donald.

My concluding thoughts on Clinton are this. She consistently and strategically targeted her audience. She spoke to her weaknesses. She complied with the rules. Aside from the fact that she is the first woman to make it to this point, her campaign was fairly traditional. The problem was that her opponent’s campaign was/did none of these things, and it really hurt her. Trump was new, flashy, unapologetic, and just all around like something this country has never seen before.

There is definitely one way in which the two candidates were neck and neck, and that was their logos and slogans.

First of all, let’s talk about those hats. Those hats! They are trucker hats, guys. They are very cheap to produce and striking. If there is one color that will catch your eye, it’s red, and especially when it’s on your head. A bright, American red, and simple, white lettering—it’s to the point, much like Trump. He could not lose with this first initial stab at campaign merchandise. They were his
trademark. What made it even better, and what I truly think set him apart is that he wore it! You don’t see other candidates in their merchandise the same way you saw him in that hat. Trump did not need anything more after that. Also, a small detail I personally loved about his logo was the “Make
America Great Again!” underneath his name. I don’t know if it was on purpose, but the exclamation point at the end was so perfect for Trump, that’s how he always ends his tweets!

Clinton was given an interesting advantage with the fact that she is the first woman who has gotten this far in a presidential race. “I’m with her” was perfect, in my opinion. It spoke to how historical of an election this was, it was simple, clean, and made it very clear who it was in reference to. There was no need to be clever because her campaign was already groundbreaking. Then, her logo. Speaking solely from a design aspect, it is 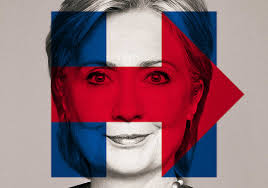 beautiful. Her entire campaign
was about progress, and as I just said, she was making history. The arrow is going through the “walls” of the H, she is breaking down barriers. The fact that she was even in this position to begin with showed our country making momentous progress, we were moving forward. It is clean and beautiful statement that resonated with many, many people. As Steven Heller said “It embodies all the best qualities of the Obama ‘O’, yet goes to another symbolic level”.

Both candidates had extreme strengths with their marketing campaigns, and also extreme weaknesses. The important thing that really aided Trump in this election was that, as cheesy and ironic as it sounds, Trump’s weaknesses became his strengths—they were what people liked about him.

The marketing aspect of elections are always endlessly interesting. So, this was my take, what’s yours?

PrevPreviousHere and Gone: Snapchat vs. Facebook
NextChristmas and Customer LoyaltyNext