Euromaidan: The Vital Role Social Media is Playing in Ukraine

For those few that still think social media doesn’t have a global impact, just take a look at what is happening in Ukraine right now. From gathering thousands of protesters to the Square to showing where a bathroom is, social media is being used as a strategic tool in this incident.

“Facebook has been our lifeline, we check in with our friends who go to the protests, and when I see that they are online again by looking at the active green dot on Facebook, I am relieved they are okay,” Kateryna Monastyrski said about staying in contact with friends who are in Ukraine right now. She is Ukrainian but currently resides in South Florida.

Euromaidan, or “European square” was the name coined for the revolutionary movement. The official Facebook page for Euromaidan which was created on November 21st and has over 272,000 likes. This page (along with a few activists on social media) was the catalyst for thousands of people to gather on Kiev’s Independence Square. The Facebook page is all in Ukrainian, which suggests that this page is for information spreading to locals instead of the world.

It is also an extremely active Facebook page with multiple posts added every hour with each one receiving numerous Likes and Shares. The posts on this Facebook page range from letting protestors at the Square know where a hot meal is being served to informing people all over the country about current events. Learning from past protests they built a digital map for people as well. 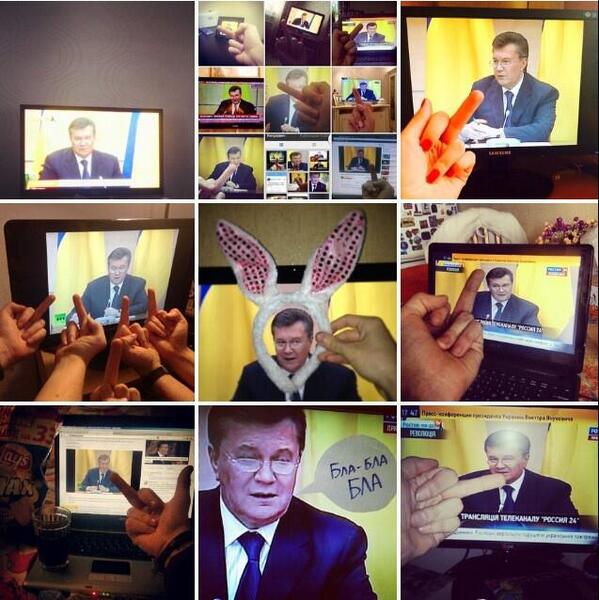 Just recently the Russian Prosecutors’ General Office blocked access to more than a dozen “Ukrainian nationalist organizations” on social media. The organizations were apparently promoting “direct appeals to carry out terrorist activities” and encouraging “participation in unsanctioned mass actions.” Vkontakte is the largest European social network with more than a 100 million active users. Apparently one of the group’s pages was hacked and a message was sent to the Russian terrorist Doku Umarov asking for help with fighting the Russian army.

One of the most powerful things social media has shared with the rest of the world during these protests are the images of the events. Not so much the images of armed guard but those of the bloodied faces of the civilians. You can really see the fight and the passion in the eyes of these protesters, which does more for an outsider than reading about the attacks or watching a newscast. 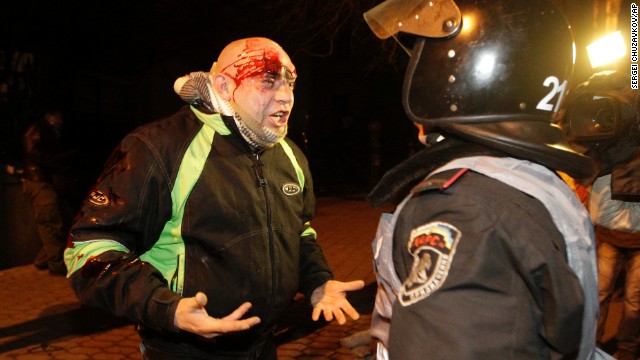 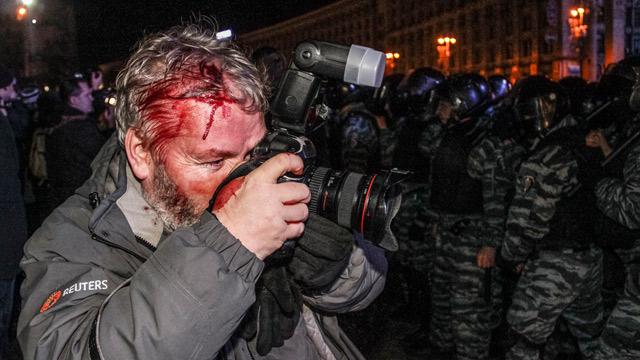 Check back next week when I will recap what has happened in the recent days and how social media has further impacted this event. If you want to connect with me between posts, you can find me on Twitter or Google+.