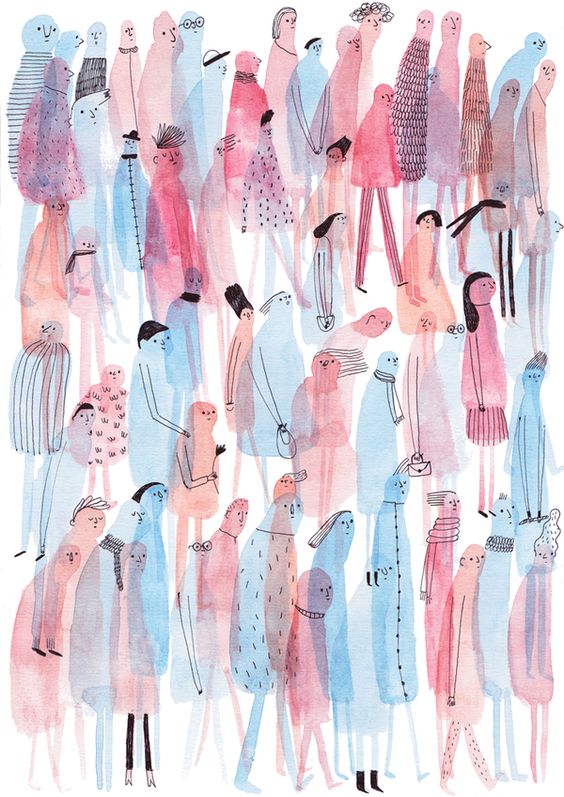 Marketing Beyond The Mayo Majority

As the title of this article may suggest, we are not all middle class white people. Shocker, right? So, why does nearly all marketing and advertisement seem to target the mayo “majority”? Actually, using the term majority in terms of white people being the majority is barely true anymore. As of 2013, the five and under age group shows that white children are now the minority, predicting a much more ethnically diverse future for America and thus the marketing industry.

Even with this being said about the future, the marketing and advertising industries as they are currently do not target marginalized groups nearly as much as one would expect. The simple answer to this is that large corporations, and even small ones to be frank, still view the white, middle class population as the only group with disposable incomes.  This could not be further from the truth. For example, the buying power of the Latino community reached 1.5 trillion dollars in 2015, while African American buying power is at 1.2 trillion.

Also, sometimes the actual dollars one has isn’t necessarily as important as what they want. Often times it is those with a lower socioeconomic status whom may resort to materialistic behavior in order to externally display wealth and combat being perceived as being part of the low-income sphere. This behavior does not apply strictly to one specific race, it’s behavior that has been adapted by any and all types of people. Consumer behavior is cultural and social, which sometimes can be related to race but I would like to think we as a society have been able to evolve past race being the common ground upon which relationships and social circles are built.

Now, this being said, some social circles must rely on things that can be related to race, such as language. 40-60% of the Latino population is bilingual or English dominant, meaning there is a huge number left there who are definitely not paying any attention to your advertisement in English about tacos. It has never been enough to simply shoot the same commercial twice: one with white, light skinned people in English and another with brown skinned people in Spanish. The same thing goes for African American consumers. Having people of color in the starring role of the entertainment industry is still new and far from where it should be. It’s not uncommon for people of color to describe how powerful it was to feel represented for the first time . I am white and now know that I have always taken that for granted; and I think that is true for most white people. We had people to look up to and our TV screens have always been plastered with white, beautiful faces. That’s not normal. That’s not reality. That is not the world we live in and I never want to live in one like that. Though those on screen and in our advertisements need to be much more diverse, it has never been enough to gain the loyalty of consumers. It is not enough to translate English copy to your audience’s native language to reach them, or to add a token Asian person or Latina. Often times we assume that those living in the United States speak English, and most do, but that in no way means that English is the most comfortable language for consumers to take in content. For example, I can read Spanish but I am a native English speaker. So if I’m scrolling through Facebook and see an article in Spanish, I will often scroll right past it simply because it will take more effort for me to read rather than the same article in my native language. It could be the exact same article but I will be more likely to choose to read it in my native tongue. “Latinos will choose which brands to give their money to based on a brand’s ability to effectively communicate”. This should come as no surprise to anyone. Wouldn’t you be more inclined to buy something if it seemed to be speaking to you directly, starting with being in your language of choice? One of the most important parts of our jobs as marketers is being able to target our audience in a way that is effective and powerful. So why is the approach different outside of those who are in this white washed demographic?

It’s 2016, and yet racist ads still abound in favor of winning over W.A.S.P.s and the Brady Bunch that live on the hill.
Just to be clear, this is not okay. Ever. Not even a little. They’re crude and do nothing but drive customers away and bring in an audience that is microscopic at best and more than likely undesirable if they find racist content appealing.

Though Latinos have grown in population AND popularity in our culture, that in no way means that there is any desire to assimilate. This is the same for other ethnicities. 70% of African Americans believe their ethnicity is a strong part of their identity, and 82% feel positively about their ethnicity. So, the rest of the country does not necessarily desire to be a part of the white community. Have the same privileges? Yes, of course, but there is a lot of pride and love for their culture among those outside of the white community. While less than half (48%) of white Americans feel their ethnicity is an integral part of their identity. So, this can tell us a lot of things but mainly that there is a huge call for integrating different cultures and ethnicities into our marketing campaigns. It demands a change in style of marketing AND recognition that demographics outside of white, middle class Americans exist and are proud of who they are—we should be too. This also means recognition of the fact that the other 39% of the population outside of white Americans are not numbers, but people. In the wake of the Black Lives Matter Movement and a certain candidate’s disparaging comments about Mexicans, it is more important than ever to add a little humanity to your campaigns and acknowledge those in our audience who are not white and/or middle but just as important.

Speaking of native Spanish speakers, the Hispanic community grew by 67% from 2000-2011, making them a serious force to be reckoned with. Gone are the days where nuclear families living comfortably within the walls of their white picket fences did all of the buying (that was never even really true to begin with, actually). There is no need to put as much time and energy towards this sole demographic as we do, we should be expanding to every different type of person that make this melting pot we live in so amazing. Of course, that’s much easier said than done, but we should at least try, right? Not only is it good for the public to be included in the campaigns we create, but it’s great for business as well. A wider audience, if done correctly, can lead to a greater ROI.

Lastly, let’s talk about distribution of wealth, shall we? After all, we are not all middle class white people and we have already covered the race part. Don’t worry, I’ll make this part short and sweet because it’s even easier to get to. For starters, take a look at this video which will explain it more powerfully than I ever could. Okay, watched it? Incredible, isn’t it? Our ad dollars are targeting a very small portion of the population (middle class, in case you forgot). As stated earlier, there are trillions of untapped dollars in the hands of marginalized groups. Not only that, but those that have those trillions of dollars and also fall into a lower socioeconomic status are even more likely to spend the money due to social pressure, which, again was previously stated. This of course does not in any way mean only people of color are impoverished. There is an enormous variety of people around and below the poverty level ready to spend their money on things that might combat themselves being perceived as impoverished or even just less wealthy than they want to be.

So, why do we target such a small niche of the market? Those falling outside of this group want things, need things, watch TV, read magazines, see billboards, and everything in between that you’d expect from your main demographic that is being targeted. This being said, all of the different cultures, ethnicities, demographics, etc., they are what make the world of marketing interesting and challenging. Let’s get to know them. The Latino elementary school teacher, African American accountant, Asian artist, and all of the different types of people out there that spend every day going to work, school, and seeing your advertisements too.