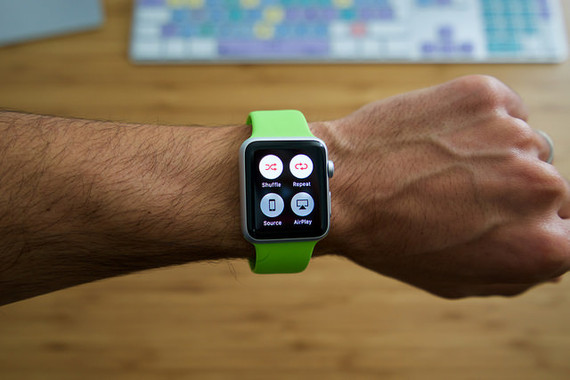 3 Things to Know About Wearable Technology

We’ve all heard about wearable technology, but I don’t think we’ve stepped back to learn what it’s really composed of. They say that wearable technology actually started back in the 13th century with the invention of eye glasses. Today, we have Fit Bits, Bluetooth headsets, Apple Watch’s and more, and with any technological advance comes an adaptive transitionary period. “wearables will become the world’s best-selling consumer electronic product after smartphones,” CNBC reports, along with the forecast that wearables will exceed 305 million units in 2020. Here are 3 things to know if you want to be ready for the future wearable take off.

There are two different categories of wearable technology.

The second category of wearable tech is called smart or autonomous wearables. These gadgets refer to technology capable of running third-party applications with built-in connectivity and advanced processing capabilities. Google Glass and Apple watches are the closest to autonomous wearable technology. One thing to note about smart wearables is that we have yet to integrate these into our lives. That’s because they really aren’t a thing yet. Yes, the Apple Watch seems like the most advance smart wearable tech to date, but it still requires a smart phone to function.

Basic wearable tech will continue to be around while they work on making everything into technology. There are activity tracking rings, accessories, and even sweatshirts with built in heaters. As of August, there have been rumors about a standalone, cell-connected Apple Watch hitting the markets soon. This would be the first real smart wearable technology.

Once a company like Apple officially releases a wearable product that can process applications on its own, this will call for marketing to a new screen. They consider this the fifth screen. We have TVs, Computers, Laptops, Mobile smart phones and tablets, and now watches. When it comes to marketing to these new screens we have to thinks about a few factors.

Think about the size of these screens, they are so small! Marketing messages will have to be shorter than ever. Another thing to think about is voice search. I have a Series 1 Apple Watch and honestly, with such a small screen I use voice search more on that device than any other device I’ve ever had. With voice search on the rise, it is important to think about the changes to come in the way search rankings work. The last major marketing change will be with data and market analysis. With so many different wearable technology devices out there, knowing which devices your audiences are using is important.

The Market is Still Wide Open

We have only just begun dipping our toes into wearable tech. Once smart wearable tech starts to take off, know that the field is open for more brands to join. There is no clear winner to whose at the top of the market right now, though a lot of companies are trying to be. There’s Nike, Fitbit, Apple, Samsung, Sony and many others competing in the wearable market. Most companies are working on smart watches, but Google decided to focus on smart glasses to have more niche domination. Marketing to the fifth screen will happen, it is just unclear whose screen we will be marketing to most (Although, I predict Apple). 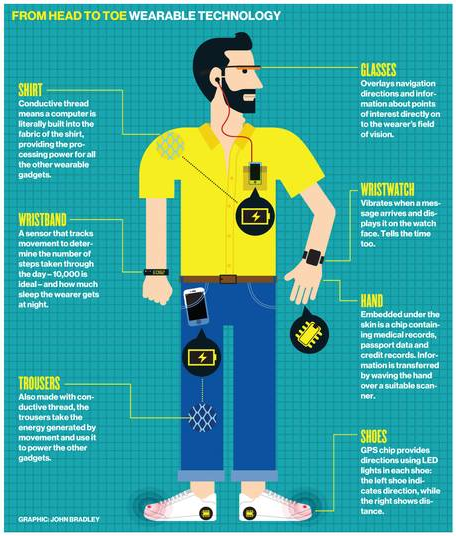 One can expect brands to shake things up a bit. Once wearable products start rolling out heavily, things will shift from the technology aspect to an aesthetic aspect. Right now, glasses and watches are the start, but I’m expecting everything from shoes to nail polish and even entire homes will one day incorporate advanced technology.