Throughout US history, the annual State of The Union (SOTU) address has seen several firsts, from Calvin Coolidge’s first radio address in 1923 to the inaugural televised address by Harry Truman in 1947. The recent delivery by President Obama wasn’t the first to incorporate social media, but it was the first to be dubbed an “all-hands-on-deck” social address. It was also “the biggest engagement of the year” according to Nathaniel Lubin, the Acting Director of Digital Strategy for the White House. In this blog, I will recap what stood out most about the event across different social platforms.

Instagram: Leading up to the constitutionally-mandated address, White House press secretary Jay Carney took control of the White House Instagram account to provide a “behind-the-scenes look at President Obama’s State of the Union Preparation.” Some of the pictures Mr. Carney shared were blurred-out pages of President Obama’s speech draft, a coffee mug, a member of the president’s speech writing team, the team’s lunch, and a really thick binder. As mundane as some of these photos sound, Instagram users responded enthusiastically. The top photo received almost 7,000 likes. 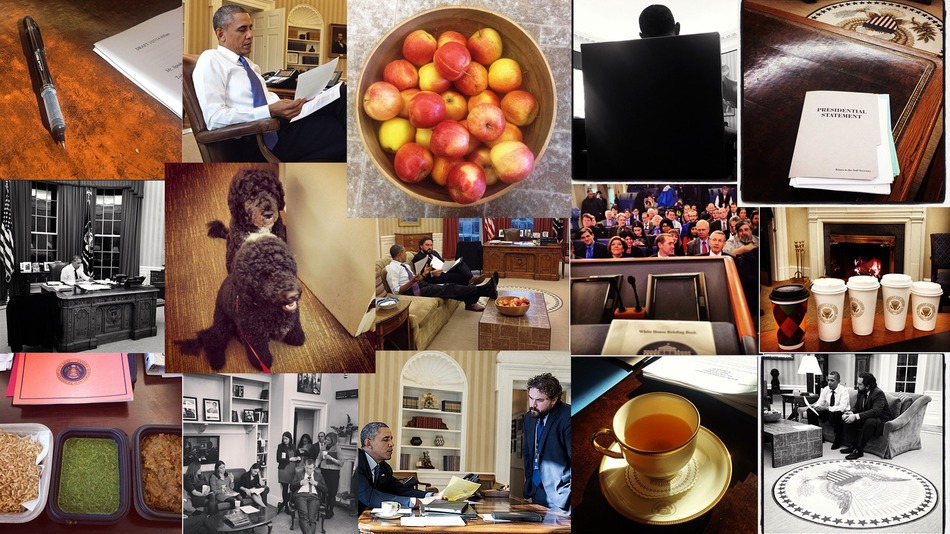 YouTube: This YouTube video titled “Be Part of the State of The Union” features Chief of Staff, Denis McDonough. Much like Mr. Carney’s Instagram activity, it served to build buzz and encourage engagement leading up to the SOTU. As of this writing, it has been viewed approximately 54,000 times. The digital strategy team also turned to the video-sharing juggernaut to promote their “Enhanced” version of the address. With approximately 42,000 total views, I’ll let you decide the level of success the promotional piece reached.

Facebook: According to a post on the Government and Politics Facebook page, the 25-34 age demographic was responsible for driving the Facebook conversation during the annual address. The topics that saw the biggest spike on Facebook included minimum wage, jobs, climate change, immigration, Obamacare, and wage inequality. According to Wolf Blitzer of CNN, the latter topic spiked at a 33,000% increase in mentions at one point.

Twitter: According to Nielsen Twitter TV Guide (@Social_Guide), the #SOTU2014 hashtag generated almost 2 million total tweets, making about 8.8 million impressions. The topics that generated the most buzz on Twitter included President Obama’s reference to AMC’s Mad Men in relation to wage inequality between men and women (33,555 tweets per minute), minimum wage (29,859 tweets per minute), and healthcare (22,768 tweets per minute).

Vine: While President Obama did utilize the app to create a short promotional video in advance of the live event, the real story here is how others used Vine. At one point, “Smilin’ Joe Biden” clips flooded the socialsphere. After the address, several officials provided their feedback on President Obama’s message via Vine. Billy Mitchell did a great job of collating several of these video shorts in this recent blog.

Google Plus: Today, President Obama takes a “virtual roadtrip” (aka Google Plus Hangout) at 2 pm ET to further his case and answer questions. With the first ever “Presidential Hangout”, he’s aiming to create a personal experience and achieve a higher level of engagement than his 2012 and 2013 post-SOTU activities. You can join in the conversation or follow along here.

What are your thoughts about the White House’s utilization of social media before, during and after this year’s SOTU address? Did you engage with their content? Leave a comment below to let me know your thoughts!

PrevPreviousStartups: Critical for Our Economic Growth
NextSocial Media Conferences Worth Attending in 2014Next