It’s a Small World After All

As of September 2013, 73% of all online adults around the world use social networking sites on a regular basis. In the last few years, businesses have started to expand their social media marketing strategies internationally to target their customers. They do this first because social media generates almost double the marketing leads of trade show, telemarketing, daily mail or PPC. There are a lot of foreign social media sites in existence today, so which social networking platforms would your business benefit in joining? And once you have joined, how do you properly communicate and find your customers?

What are the best social networking platforms to use for your country? Facebook, Twitter and LinkedIn are great in that they can be used to reach different markets and cultures. They all have their own language and regional settings and certainly shouldn’t be ignored. Last year, Portuguese, Arabic and Spanish were the fastest growing languages used on Facebook.

In China, Qzone (or QQ as they call it) has a staggering 380 million users which is a massive slice of China’s estimated 400 million internet users. Renren is also a big player with an estimated 120 million users.

The Japanese have Mixi, which has a market share of around 80%, amounting to some 30 million users. In Latin America and Brazil, sites like Sonico and Orkut have gained popularity.Quite surprisingly, Orkut has recently gained popularity in India and rivals Facebook.

These sites might not have the worldwide appeal of the aforementioned Facebook and Twitter, but if you are targeting the markets in which they operate, it will be worth your time to concentrate your efforts there.

As well as these general social networking sites, there may also be a number of sites dedicated to your particular industry. These sites often have their own active communities and it might be worth establishing a presence within groups on these niche sites. The key is simply to identify the markets you intend to be active within and then research the popular social media platforms within those countries. Depending on the resources you have available, it may be enough to concentrate on the most widely used sites, or it may be worth dipping into smaller or niche sites as well.

Once you’ve decided on the most appropriate social networks that your business should target, you still have to communicate with your customers, and likely across many different languages. Translation widgets such as Babelfish and Google Translate may give decent literal translations in some cases, but they can be prone to the sort of contextual and cultural errors that are marketing kryptonite. 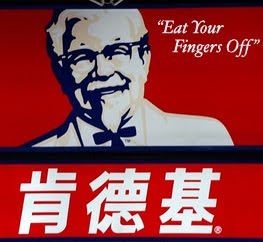 It would be beneficial if you could hire native-language speakers to run your social media campaigns in every language market, but if you don’t have those resources available, you can always outsource the translation and localisation of your content and make use of machine translation software to get the gist of online conversations. You don’ want to translate your slogan and say the wrong thing. A famous example is KFC’s  “finger- lickin’ good” slogan, which did not work well in China as it translated into “eat your fingers off.”

The world’s biggest brands have already realised that to continue competing, they need to be across social media in every one of their target markets. The good news is that with the right skills and knowledge, the smaller players can compete on the same playing field.

If you have been doing social media marketing internationally, which sites and methods has your company chosen to use? Is your business looking to expand and market internationally? Let us know how StrataBlue can help you!