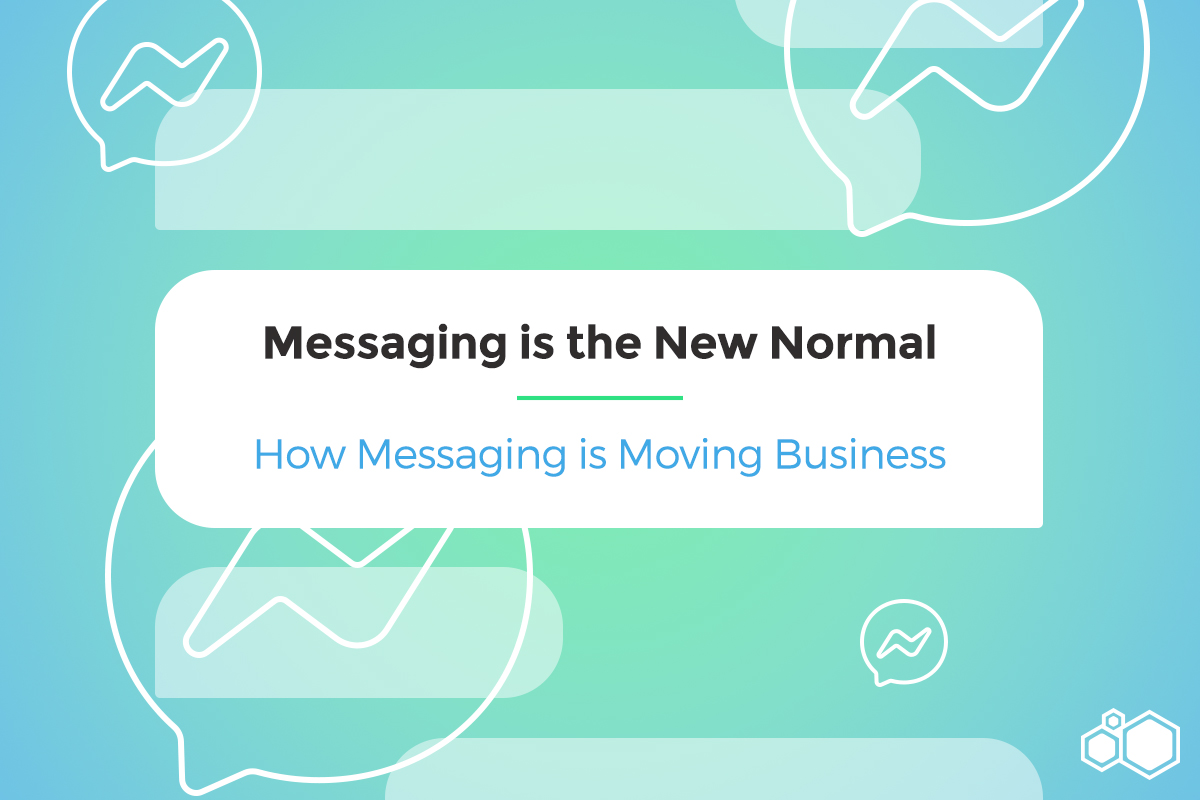 The New Normal: How Messaging is Moving Business

For businesses, relationships are everything and every relationship starts with a conversation. This notion has stayed true since the first trade happened between cavemen. Today, we no longer have to rely on quickly moving from cave to cave to have interactions with others. We have tools and mediums that connect us instantly to whomever we choose. Messaging and messaging apps have been on a meteoric rise in the last few years.

By the end of 2018, nearly 78 percent of the world’s smartphone users will use a messaging app – whether it’s Facebook Messenger, WhatsApp, Viber – to host their conversations. By 2021, it’s predicted that the user base for mobile messaging apps will rise by another 23 percent.

Facebook conducts studies constantly. Whether it’s through research, focus groups and interviews, third-party studies, the social media powerhouse conducts these studies to see how it’s userbase is reacting to new developments and what expectations are being formed. In recent studies, researchers found that people’s expectations for communicating with each other are fundamentally transforming the way they expect to communicate with businesses. While the apps people use and the frequency at which they use them vary from region to region, the global momentum toward using messaging apps as a main method to communicate is undeniable.

There’s no shame in admitting it, people crave human connection. It’s an integral part of our being and one of the six pillars of human development. If you are curious, it falls under Cooperation, which is the participation and belonging to communities and groups as a means of mutual enrichment and a source of social meaning. Because of this necessity, messaging has become an integral part of billions of people’s daily lives around the world.

The most widely used platforms are Messenger and WhatsApp in terms of active monthly users. What they are seeing is that people are messaging more and more with an increasingly universal, visually immersive language. A study showed across eight markets that 56 percent of people have sent a message consisting only of emojis. Whether it’s sending a good morning GIF or using augmented reality to show a future purchase, using visuals as a means of communications is taking off in droves.

People use visuals more frequently in their messaging are 1.59-times more likely to say they have “great conversations” – ones that feel genuine and are entertaining. Visuals help make conversations feel light-hearted, and more of how we talk among friends.

As the world continues to be mobile first, people’s expectations of business are evolving. Immediate responses are now the expectation. A decade ago, it wasn’t uncommon to have to wait a day or two or even longer before getting a response from a company. Nowadays, that shit don’t fly. For business, it’s a necessity to respond to consumers immediately even when that customer doesn’t respond back right away. The asynchronous nature of messaging can be fickle at times, but it’s necessary for businesses to meet consumers demands immediately. Messaging gives businesses that ability to respond immediately to their consumers. 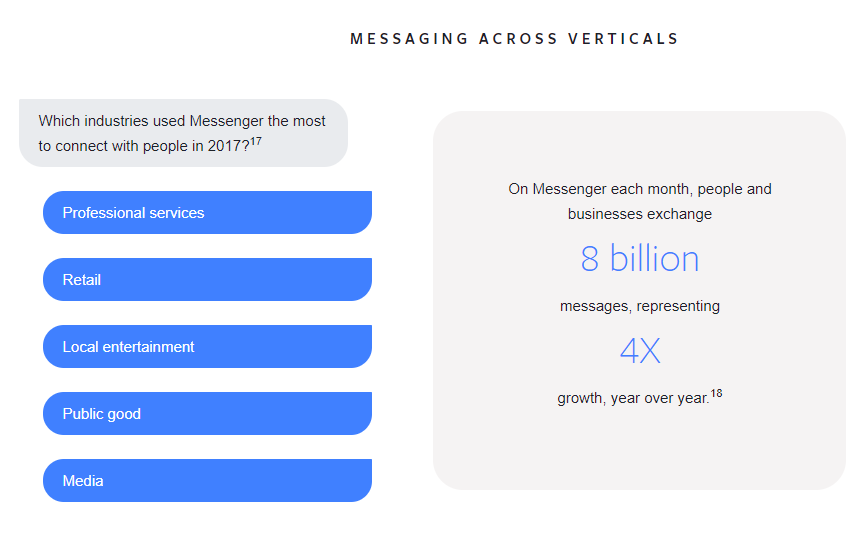 Not only can businesses respond immediately, but they can also respond in a way that satiates demands for more personal interactions and streamlined experiences. Studies show that across eight markets, 91 percent of consumers say they’re more inclined to shop with brands who recognize, remember, and provide them with relevant offers and recommendations. It’s also been shown that around 45 percent of consumers say they would prefer fewer apps on their phones, therefore taking advantage of creating a messaging platform within Facebook Messenger or WhatsApp puts a business at an advantage already.

Business messaging is gaining a measurable edge over more traditional communications methods. Messaging gives consumers a direct line to a business. They come to a business for guidance or expertise on products they’re looking to buy and go through the messaging platform to show that they’re open to important updates.

When people message a business, that message with a certain set of expectations. The following expectations are:

Business messaging offers practical benefits like convenience. Along with that, it also offers a sense of human connection, which unlocks a feeling of confidence within a brand which then leads to a higher rate of conversion. By establishing confidence and trust among consumers, businesses draw meaningful relationships which leads to more confident buying and consumer retention.

What else is driving the rise of consumers messaging habit? The use of instant gratification. Consumers don’t want to go on some long-ass journey to buy their stuff. They want it now. Messaging gives that instant gratification. A survey found out that 60 percent of people across 23 markets said they would pay more for convenience if it meant they didn’t have to go through a long journey.

Convenience is powerful, but ultimately, people want to get stuff done. And the combination of speed, quality of advice and personal care that people can experience when messaging is making it an irresistibly effective medium. People’s expectations of messaging are reaching a tipping point, as messaging continues to supplant other ways of communicating with businesses. 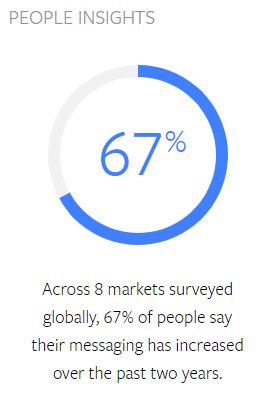 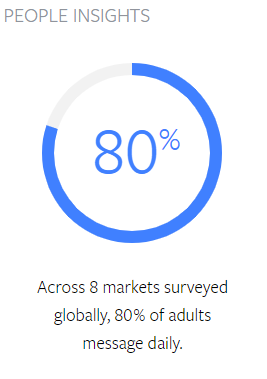 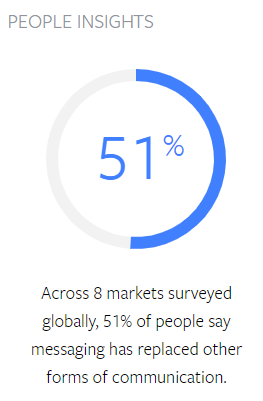 What Does it Mean?

Consumer demand for messaging businesses is here, it’s growing and it’s here to stay. There’s never been a better moment to harness the power of messaging, whether you want to unlock immediate action, future loyalty—or both at the same time.